Mustang is hidden kingdom of Nepal, bedecked by stunning landscapes, is located on an extension of vast and highest Tibetan plateau with the arid and dry terrain. Mustang is beautifully set up for visitors as colored weather-beaten canyons along with the hills dotted with caves. Mustang was also Trans Himalayan salt trade route between Nepal-India and Tibet which is still in existence. Legendary and historical Buddhist Monasteries, as well as Bon-Pa custom, increase more specialty of this Mustang region. As the history of this place reveals, Mustang was a land of, the different generation of King from 1380 to present.

Apart from all the major highlighting package, Mustang is one of the top spots for trekking in Nepal and exploring the landscapes and Himalayan peaks. Though Mustang was restricted to the outsider before 1991, after the restriction was opened for all, this region has been famous all over the world. There are two Mustang which you can explore: Upper Mustang and Lower Mustang. Upper Mustang Trekking is famous than Lower Mustang. The great treat for Visitors in Upper Mustang is rugged landscape along with the dazzling views of mountain peaks like Annapurna, Nilgiri, and Dhaulagiri. Trekker can experience the local tradition and culture of the people living in Mustang region. Trekkers can experience Buddhist Monasteries, Shrines, Gompas, and Mandalas which are the major pilgrimage site Buddhist people of this region. Similarly, you can visit ancient caves where there are about 44 living rooms.

Trekkers can trek in Mustang during the rainy season as well, it falls in the rain shadow region of Nepal. Exploring Mustang is as similar as exploring Tibetan region because Mustang is geographically part of Tibetan plateau. So make your life experience and unforgettable memory, exploring the hidden treasure of Mustang Region. Adventure White Mountain will ensure your exciting trip will be more worthy and fascinating one. 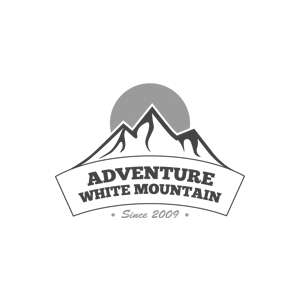