Everything here is of a different level. You can not quite say that you have been in Nepal without sight on the dark cone of Mount Everest (8,848 m) and the majestic companions Cho Oyu (8,188 m), Lhotse (8,516 m), and the pearl of the Khumbu: Ama Dablam (6812 m). Most Nepalese have never seen Mount Everest, but are proud to identify with it. It is no wonder that everyone who comes to Nepal is attracted to it. After all, it is one of the seven natural wonders of the world. The Khumbu region offers a range of firmly organized tea house paths that are busier and busier every year. And with reason. The views from the Everest base camp trek route are simply unsurpassed. The hospitality of the local Sherpa is legendary, and cultural festivals such as the Mani Rimdu mask festival in October are legendary.

Those who are looking for a less traveled trek in this region walk past the succession of turquoise lakes at the Sherpa hamlet of Gokyo. But there are many more intimate corners in the shadow of Mount Everest. New paths are being created throughout the region with a focus on a more cultural experience. On the Indigenous People's trail, you can learn how to play the Tamang 'Damphoo', you can consult a Thami shaman, or you can go fishing with the local Majlis. The 'Three Passes Trek' is an adventurous challenge in the heart of Sagarmatha National Park, and if that is not enough you just have to take the technical route to Makalu via the 'Three Cols' route, once paved by Eric Shipton and Edmund Hillary. What is also possible is to take the old 'shortcut' to Kathmandu over the technical, glazed Tashi Labsta to finally reach the Rolwaling valley in the west. The valley is known for its heavenly splitting, granite peaks, and Sherpa hospitality. 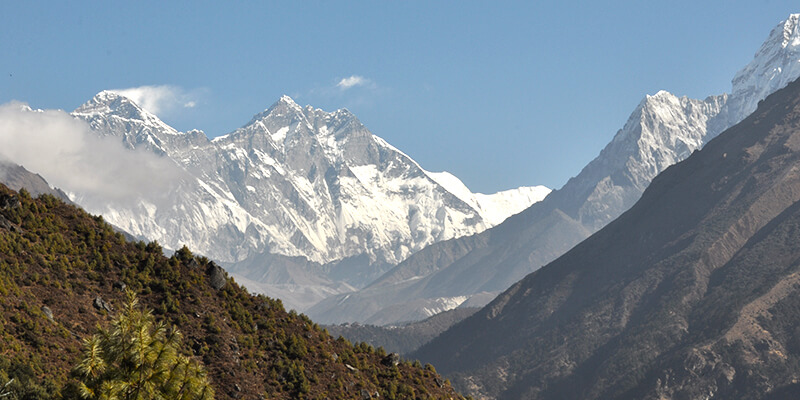 Peter Matthiessen's meditative book 'The Snow Leopard and Eric Valli's beautiful film 'Himalaya (Caravan)' has only added more mysticism to the allure of this unknown Buddhist high desert. Dolpo was only opened to foreigners in 1989 and receives only a fraction of the visitors who crowd themselves into better-known parts of Nepal. With the opening of the Inner Dolpo (via expensive permits), the dreamer can finally go past the deep blue Phoksundo Lake to the 800-year-old Shey Gompa monastery. An apparently remarkable natural and cultural experience (even in monsoon time). In this region, you also look out for the mighty Dhaulagiri (8,167 m), once considered the highest mountain in the world.

The greener southern edge of Lower Dolpo, by the way, the largest district in Nepal, is clearly Hindu. But no matter how northern you go over a number of high strides towards the Inner Dolpo, you will not only encounter Tibetan Buddhists but also practitioners of the old Bön religion. The spirituality of Dolpa is visible everywhere. The legend teaches that the Dolpo is a Beyul. One of the 'hidden valleys' created by Guru Rinpoche as a refuge for exceptionally pure spirits. Today the northern areas are inhabited by Rokpa farmers and Drokpa nomads from Tibet, cut off from the rest of Nepal by snow for most of the year. These peoples live in one of the most inhabited villages on earth and lie between mountains of grim, ascetic beauty. In such bar area lies the spectacle of the deepest lake in Nepal: Phoksundo. The surreal look of the (lifeless) lake seems to float between turquoise and ultramarine tones. Under the surface of the lake, an old nomad city would be engulfed. 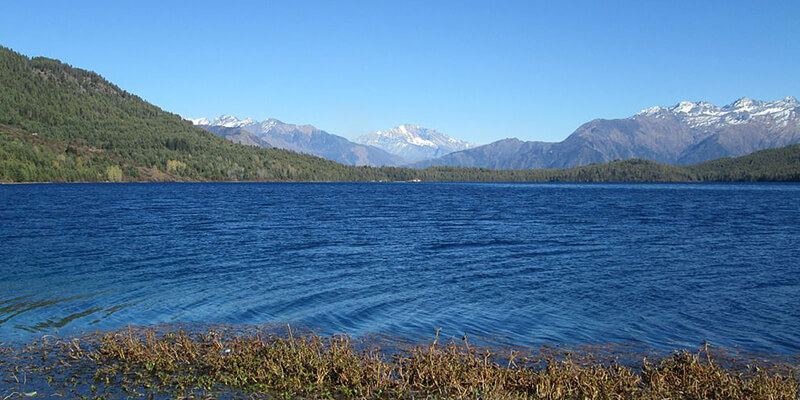 Around Rara Lake live 236 species of birds, that's more than the number of people that visit the lake every year. Yet the largest lake in Nepal, nestled in Nepal's smallest national park, is only a three-hour walk from Jumla's runway. It is a beautiful, peaceful oasis surrounded by forests and a paradise for birdwatchers. Mugu was once part of the Khas kingdom (12th and 14th centuries) in the Karnali river basin. Southern Mugu has rugged primeval forests full of ancient blue pine, spruce, and cedar, and is inhabited by Hindu peoples: Chhetris, Brahmans, and Thakur. The northern part of Mugu is much less visited. Just like Dolpa in the east and Humla to the west, the district lies in an expansive rain shadow. It is often dry, with less intensive agriculture than the south, and very sparsely populated with mostly (fled) people of Tibetan origin. The extremely profitable Cordyceps, the Asian viagra, is also growing in this area.

The Great Himalayan Trail's Lower and Upper routes intersect at Rara Lake. From here, hikers can take the old salt route to Humla, the royal road to the hot lowlands, or take one of the various adventure trails to neighboring Dolpa. Facilities are still basic, but the area is a dream for adventurers: authentic culture, a wealth of natural, unspoiled beauty, and the paths you have to share with the many yak and mule caravans.