Generally, when people think about trekking in the Himalayan region of Nepal, most people would prefer to trek to Base Camps. The facts reveal that there are 326 base camp treks in Nepal which offers a fabulous mountaineering experience to the trekkers. Two of the most famous Base camp trek in Nepal are the Everest Base camp trek(EBC) and Annapurna Base camp(ABC) trek but, the Manaslu Base Camp trek is the 8th highest peak in the world and is gaining popularity as much as EBC and ABC. Manaslu Base Camp trek offers magnificent unspoiled natural paradise rural valley, jaw-dropping views of panoramic peaks, a mixture of rich cultural heritages, candid adventure,    incomparable scenic beauty, and biological varieties. As this peak is located near the Tibetan border, people of the Manaslu region are mostly of Tibetan origin and speak their own vernacular. During the trek along with the Tibetan settlement, it is an ample opportunity to get to know about the lifestyle and the culture of the local people. 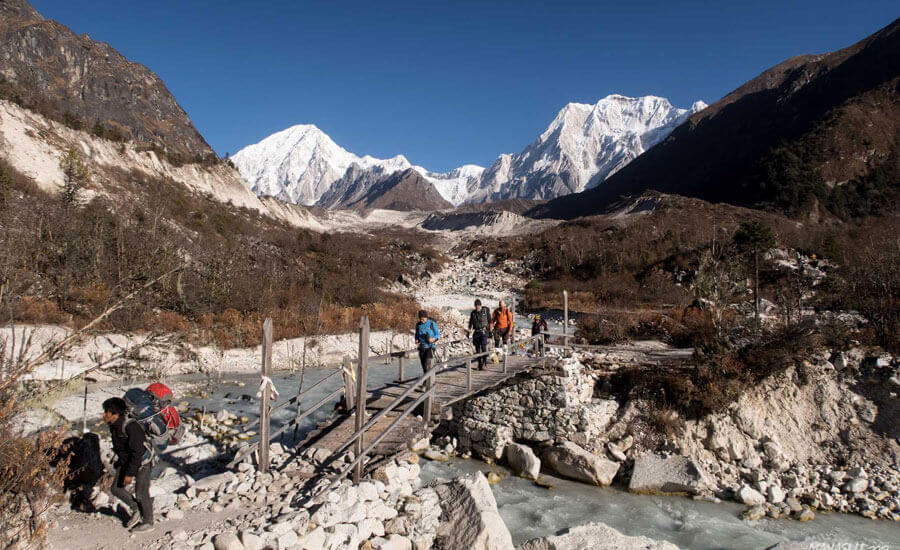 Where does Mt. Manaslu locate and what is possible access to reach the Base Camp?

Mt. Manaslu stands tall as the 8th highest peak in the world, located in the northern Himalayan range in Gorkha District. Though this Mt. Manaslu is not as popular as other base camp treks it is gaining publicity among the trekkers who have a desire to explore the isolated region of Nepal. As the region is very isolated and remote, the possible access to reach the trailhead (Aarughat or Sotikhola) is either by private 4*4 Jeep or Local buses. There is a vast difference compared to other famous treks like Everest Basecamp, as there is easy access to flights up to Lukla.

What is the classic itinerary of Manaslu Base camp Trek?

Normally, the number of days required for the Manaslu trek ranges between 14-22 days including rest days and side tours. Depending upon the season Customized Manaslu Trek itineraries are arranged for the trekkers. During the months of monsoon seasons (June to September), 17 days Manaslu Trek Itinerary is arranged whereas, if trekkers want to include some side trips like Tsum Valley Side Trip during the Manaslu trek, then the itinerary is organized for up to 22 days. The trailhead of this trek is either Arughat or Sotikhola. The best period of time to enjoy the Manaslu Trek is during the months of March-April and October-November. The itinerary is organized in that way which makes trekkers enjoy every bit of this trek.

How much does it cost to get Manaslu Base Camp Trek Permit cards?

Manaslu Trekking Permit is one of the most important things you have to take with you. Because of the open border linked with Tibet, in order to control excessive border exit by foreigners, the government has issued a special permit. The permit should be issued by the government of Nepal and should be authorized by the local Nepali trekking number. Trekkers without permit cards may get in trouble, so to avoid such kind of confusion trekkers must take permit cards with them. Manaslu Trek cost is a bit costlier than other famous EBC or ABC treks, it is because of the special permits. Normally it costs USD 50 for the first 7 days then after it only costs USD 10 for each following day.

Why is it called Manaslu Circuit Trek instead of Manaslu Base Camp?

Generally, most of the base camp trek ends in base camp but in the case of the Manaslu Base Camp trek, it is diverse. Manaslu Base Camp is also called Manaslu Circuit trek because base camp is not a particular spot in this trek but during the trek in Manaslu, base camp is visited as a side trip. During Manaslu Circuit Trek, the trailhead is either Sotikhola or Arughat then after trail takes you to Base Camp via Tsum Valley, continues toward Larkey La pass or the trek ends in Besi Sahar. In fact, in the Base Camp trek, the starting point and ending point of the trek are the same but in the circuit trek, it is totally different. Among other circuit treks in Nepal, the Annapurna circuit trek is popular all over the world.